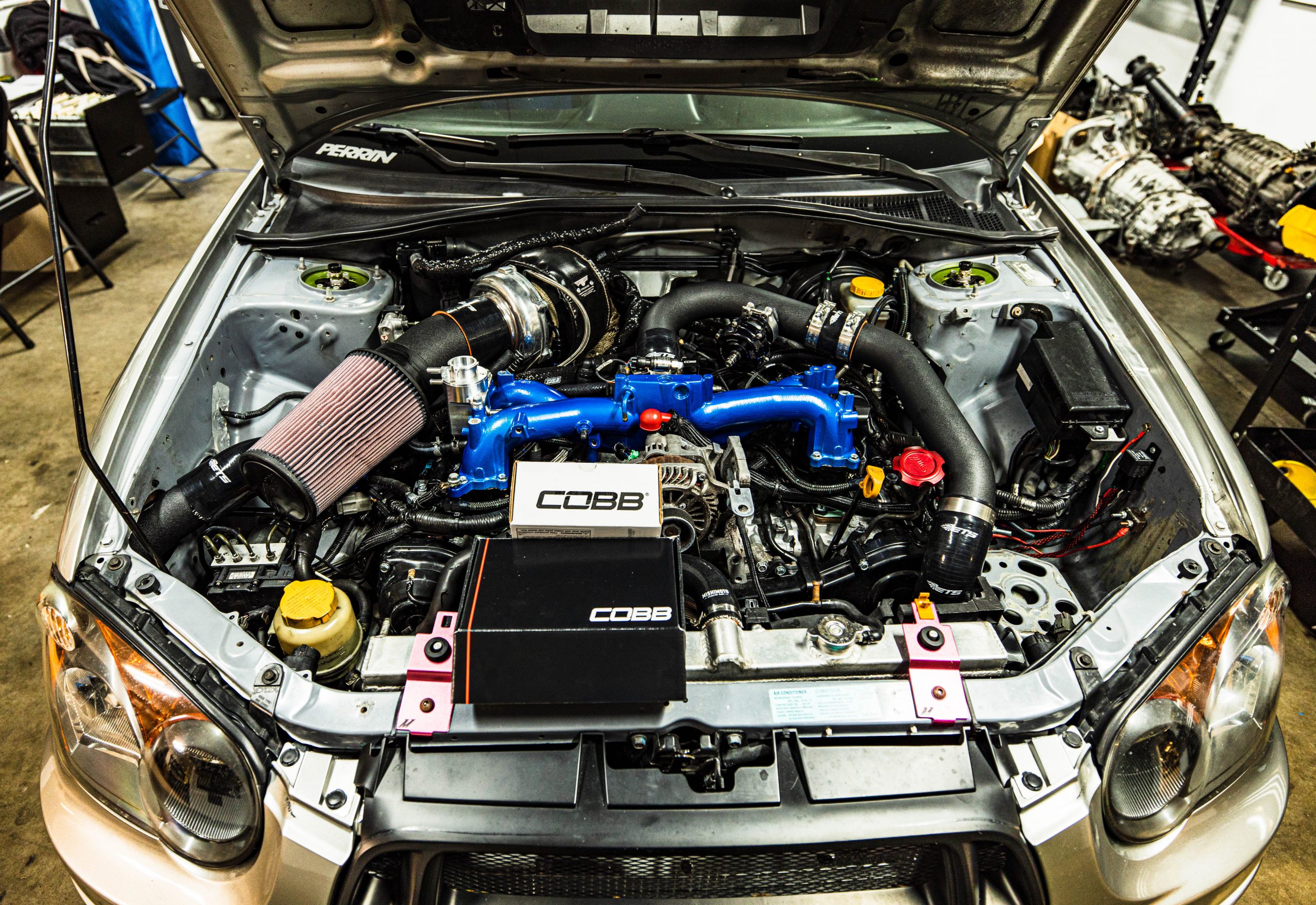 A couple weeks ago, Marcus contacted me to implement a flex fuel system on his 2005 Subaru STI. He knows me from the Subaru community (has known me for a good decade) so when he found out that I had a shop in Tampa, he wanted me work on his car.

He did the rest of his engine rebuild himself, just needed this last bit of work to push him over the finish line. His work is, actually, pretty impressive. The engine bay is super clean, and so are the parts. Marcus and his girlfriend spent a good two years on the build, making sure every part was pristine. At every step, they checked for dirt, hair, metal shavings, or any other foreign objects. Engine has no knock whatsoever. For a home build, that’s awesome.

I pretty quickly noticed Marcus ripped the old a/c system out, so I suggested getting a/c back in there. I also redid some of his hose work – not because it was bad, but when you have as much experience as I do, you know all the ways you can creatively route different wires and hoses to make the engine bay look as clean as possible. To top it off, I moved his fuel filter with a custom bracket that I fabricated. This was done to better use the space available in the engine bay.

There are a lot of other minor details with the car that I addressed. For example, getting the muffler tip to no longer hit the rear bumper, and moving things around in the engine bay to mitigate heat soak.

If you’re interested in getting your Subaru’s performance upgraded or the engine bay cleaned up, reach out to us. We have over a decade of experience in Subaru engines, fabrication, and race prep.